How to Improve Your Mobile Video Editing Workflow

How to Improve Your Mobile Video Editing Workflow 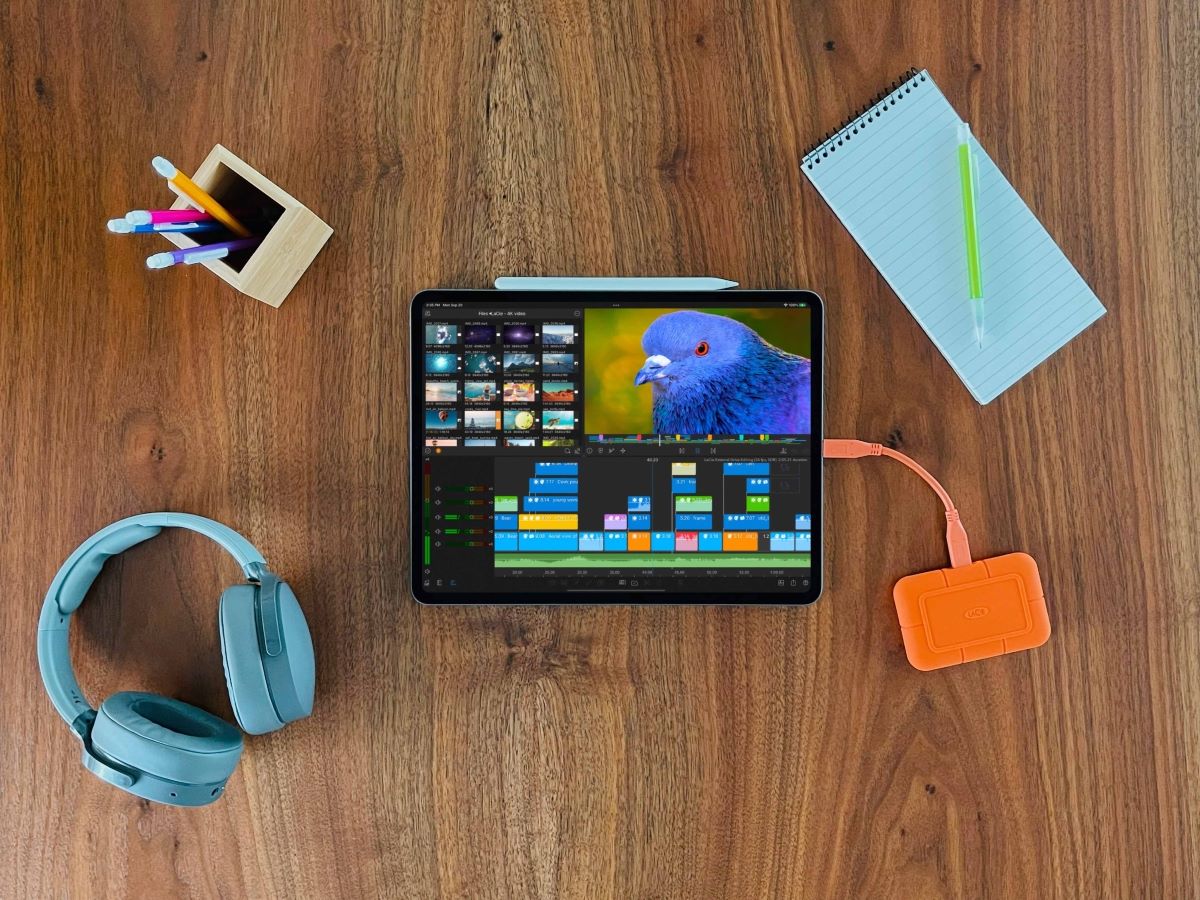 If you’re a journalist, filmmaker, or professional video producer working from your iPad and/or iPhone, then you’re no stranger to the challenges posed by editing on set or in remote locations using mobile devices. Whether it’s running out of storage capacity on your device, dealing with external drive transfers that take hours instead of minutes, or battling an app interface that’s stupidly complex, nothing kills the creative flow more than inefficient post processing.

Thankfully LumaFusion and LaCie have teamed up to bring you a solution. LumaFusion, created by the post-production experts at LumaTouch, is a premium video editing and effects app for iPhones and iPads. Want to tell professional-grade stories? Want an editing experience that’s intuitive? That’s what LumaFusion delivers through a stellar lineup of features that now include direct external drive editing with Rugged SSD and Rugged SSD Pro.

Why Edit Straight from Your Drive?

Direct drive editing offers two huge benefits: One, you save loads of space on your mobile devices. Rather than transferring all your high-res files onto your iPhone or iPad, you can simply access and edit media straight from Rugged SSD or SSD Pro while it’s connected to your device via the USB-C or Thunderbolt port. Two, there’s no waiting for files to transfer. Enough said.

What About Drive Performance?

Rugged SSD and SSD Pro are beasts, and not just because they’re drop, crush, and IP67 waterproof certified. When it comes to consistent performance and compatibility, they’ve got you covered there too. Chris Demiris, LumaTouch co-founder, noted that, “The Rugged SSD and Rugged SSD PRO are the perfect match for video editors, who are often filming and editing demanding video in the wilderness and remote environments around the world. I was especially impressed with the performance and compatibility of the SSD Pro which works incredibly well on the Thunderbolt and USB-C iPad Pros and iPad Airs.”

Kicking (Bad) Constraints to the Curb

Freedom and constraints are the yin and yang of visual creativity—both crucial, both empowering to the process of discovery and storytelling. Take Earnest Hemmingway’s bet with friends that he could write a story in just six words. The result was this, “For sale: baby shoes, never worn.” Under extreme limitation, in this case—word count—all it took was 27 characters and the power of imagination to paint a narrative filled with intrigue and emotion. This kind of constraint is what fuels creativity. It’s the kind we love. But unfortunately, there are other types of constraints—the ones that hold you back, waste time, and make you want to walk away from a project. Like relying on a drive that’s entirely too slow or unreliable. Or working with an editing platform that’s anything but smooth. We’re firm believers that constraints like these can, and should, be left at the door.

With LumaFusion and Rugged SSD, it’s all about tapping into a three-step workflow that’s free from prohibitive constraints:

Step One: Easily capture and store the moments that move you.