How Film Director Archie Baker Saved His Documentary from Collapse

How Film Director Archie Baker Saved His Documentary from Collapse

Future Talent Series:
Director Archie Baker Rethinks His Documentary to Save It

Hulky tells the story of an up-and-coming female boxer named Zoe Hunt. The story focuses in part on the struggle women face to advance in the boxing ring, but it quickly becomes very personal and follows Zoe as she painstakingly prepares with coach and mentor Alec to become a professional fighter. The question: Will Zoe have what it takes to make it to her professional debut?

Zoe was on a path to thrive and win, and the film’s story arc depended on it. Then suddenly one day in the middle of training, Zoe collapsed — and the entire story collapsed.

Baker says that single moment taught him his greatest lesson as a director. What must he do to salvage his film?

Baker is a London-based director and editor, and a member of COLLECTIVE, the online community that supports and champions emerging creative talent and rewards engaged and passionate users. In the first of its Future Talent Series, COLLECTIVE has been shining the light on Baker, following him on his journey to release Hulky. We’ve posted exclusive behind-the-scenes content from Baker’s crew, sharing their top film-making tips along with what they’ve learned from the process of working on set, over on Instagram. Baker premiered the film on COLLECTIVE on August 28.

Check out our Q&A with Baker below. In it, he describes why his documentary, and the story it tells, is so important to him — and how just one scene changed the entire direction of the documentary. 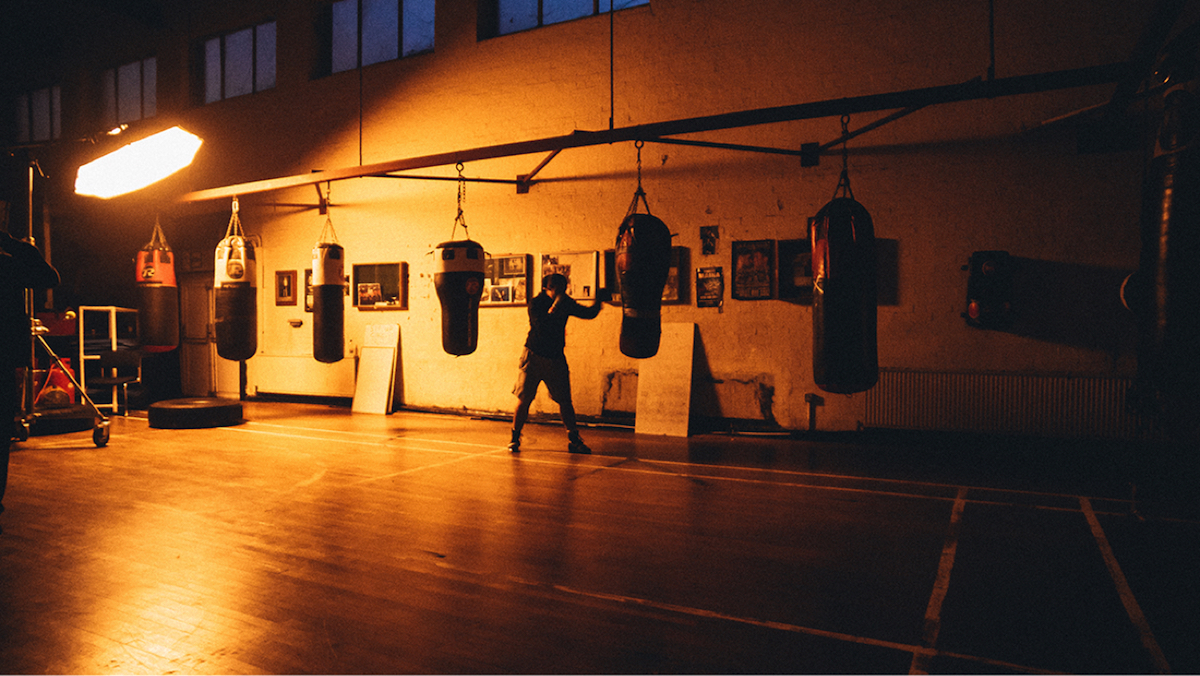 Q: What made you want to tell Zoe’s story?

Archie: I’ve had the desire to shoot this film for a while. I want to flip conventional story-telling on its head, and document those that don’t get the same opportunities to be represented in film, or have their stories told.

The film follows Zoe on her path to becoming a professional female boxer. To say Zoe has had it tough is an understatement — yet she’s one of the most positive and focused individuals I’ve ever met. She just doesn’t give up. I really wanted the audience to experience her tenacity and to come away feeling inspired by her resilience and drive.

What did you learn from this project?

I’m used to a very personal production flow. Typically, I’ve directed and edited on my own with just support crew. This is one of the first times I’ve worked with a DOP [director of photography], a gaffer etc. — people who have an influence on the final outcome — so it’s been a big learning curve in terms of planning. I have a very specific style — I like fast camera movements and close up shots. I want the audience to feel the scene through movement. Pre-production was all about planning to get the key shots that were crucial to my overall vision and aesthetic.

But one of those shots never got to happen?

No, that’s right. In fact, the making of the film soon became as big of a story as the film itself. It was sunrise at Zoe’s training ground on our final day shooting. I was ahead of Zoe, filming from a lead-car as she ran track. What happened next would redefine the next three months of our lives.

All of a sudden, she stopped and dropped to the floor, unable to continue any further. Zoe was just weeks away from her debut professional fight — I asked the crew to keep filming as I ran towards her, I didn’t want to believe she was injured.

This single moment taught me my greatest lesson as a director, to stay strong. That a documentary is about more than creating a film but more importantly about the lives of those involved. How did you adapt to what had happened?

Supporting Zoe, and keeping up motivation across the team, were now my primary objectives. Over the next three months we restructured the narrative to offer an ending that stayed true to Zoe’s story.

“This single moment taught me my greatest lesson as a director, to stay strong. That a documentary is about more than creating a film but more importantly about the lives of those involved.” — Archie Baker, director

As a filmmaker I’ve learned it’s important to remain positive, to stay focused — and that when things go wrong, you have to make the best of a bad situation. After we cut the film, I looked back and realized that the very thing that I thought was going to break the film is now exactly the thing that makes the film what it is.

We were able to see Zoe bounce back from a dark time, capturing her resilience and determination in a more literal sense than I’d imagined from the outset. What does being part of a creative community mean for you?

Creating Hulky straight from film school was a positive experience for me. I’d been able to spend time with like-minded creatives, build those relationships, and grow a supportive network, which has been important in getting this film in the can. Having a network that shares your passion has been a massive benefit, and it’s where I met most of my crew.

Connecting with creatives also allows you to learn and get as much practical experience as possible. I’ve learned a lot of skills from tutorials, getting hands-on; trying something out. I think resources like COLLECTIVE can help with that motivation — having the opportunity to experiment through challenges, and to share your work in a safe environment goes a long way in inspiring me to do something.

I hope you enjoy watching the film, and that Zoe inspires you to always push forward in your craft. Keep learning.