How does filmmaker Cory Popp manage and secure his footage so it can “live forever?” Go behind the scenes with Popp in our video above to find out what steps are most important to him and why tools like his LaCie 6big RAID are invaluable.

With a great deal of success in the industry and a steady flow of projects always underway, Popp talks a bit about why he became a director, cinematographer and camera operator, and why he’s still passionate about it.

“I love telling stories,” he says. “I love capturing moments. I love beautiful images. Filmmaking combines all of those things together and allows me to do this passion.”

His first feature film, Ellie Lumme, premiered at New York’s BAMcinemaFest in 2014 and went on to play Cucaloris, Unknown Pleasures and BFI London.

Popp’s passion for the work means he’s lining up projects and accepting assignments all the time.

“If I’m home for more than a week I start to get really antsy — I just need to get back out and shoot and work.”

Learn which storage tools work best for you

He says because he’s in the field a lot, he needs all his tools to be carefully selected, in place and ready to go.

“When it comes to this industry, time is money — so it’s super important to have reliability where you put your footage because you never want to have to go back out and shoot something over.”

The cinematographer’s craft is the complex art and science of using a motion picture camera to create the visual aesthetic that defines a film. It requires plenty of technical expertise, an eye for detail, knowledge of composition, lighting, color, and motion, a strong ability to relate with onscreen talent, and a quick inventive mind in the moment. And once having brought all those skills and talent to bear on the shoot, on set, on location — it’s those moments that cannot be replaced … it’s the end result of the cinematographer’s art that must be safeguarded. 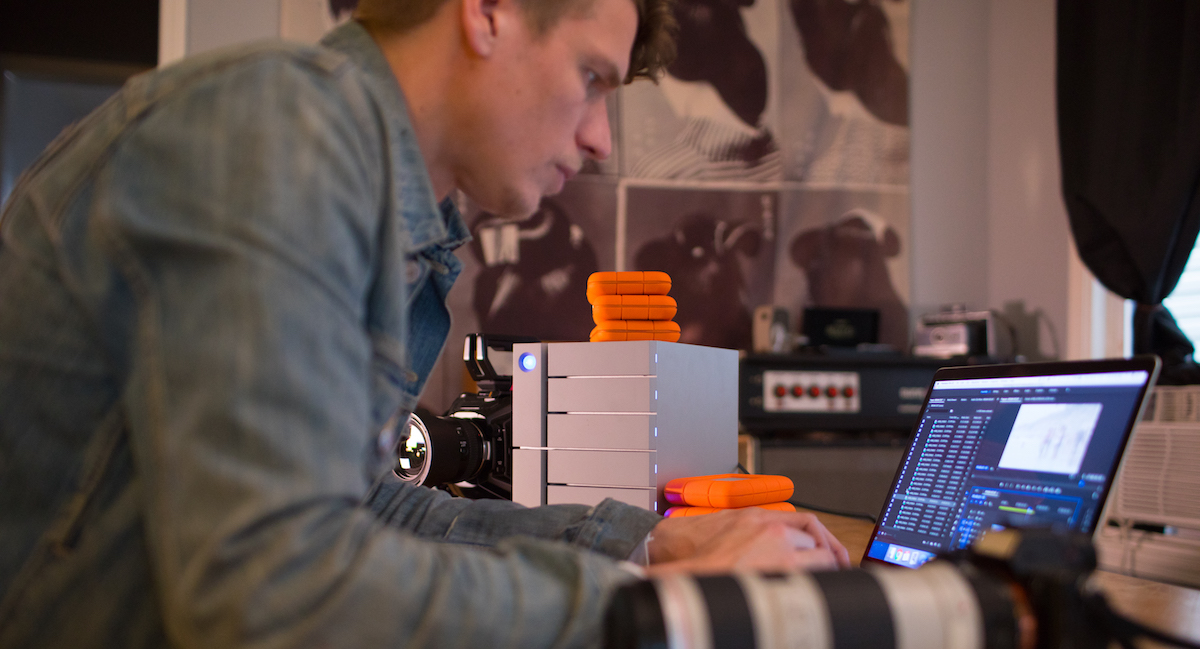 Back in studio for editing and post-production, the data demands of an enormous amount of film footage multiply. Popp recommends setting up a centralized RAID device like his LaCie 6big, to ensure data redundancy and make organization and access to footage efficient and productive.

“With the advent and popularity of 4K, 6K and 8K, it’s crucial to have, you know, 60 terabytes on your desktop that you’re backing all this up into, says Popp. “Because I’ve had clients come to me months after the end of a project and wanting to make a small little edit in it. Instead of going back through a stack of hard drives I have it all on a centralized RAID.”

How do you make sure the moments — and your film footage — will last?

“Anyone who’s been in the industry as long as I have has lost footage at some point,” Popp advises. “You realize that you’re never going to be able to get that moment back. So to be able to put it on something like a 6big and have that moment forever is invaluable.”

“Over the years I’ve been shooting, there’s been a lot of moments I’ve captured, and I don’t plan on stopping anytime soon. And knowing that I have a central location with the redundancy to put all of those images on — I know they’re gonna live forever.”