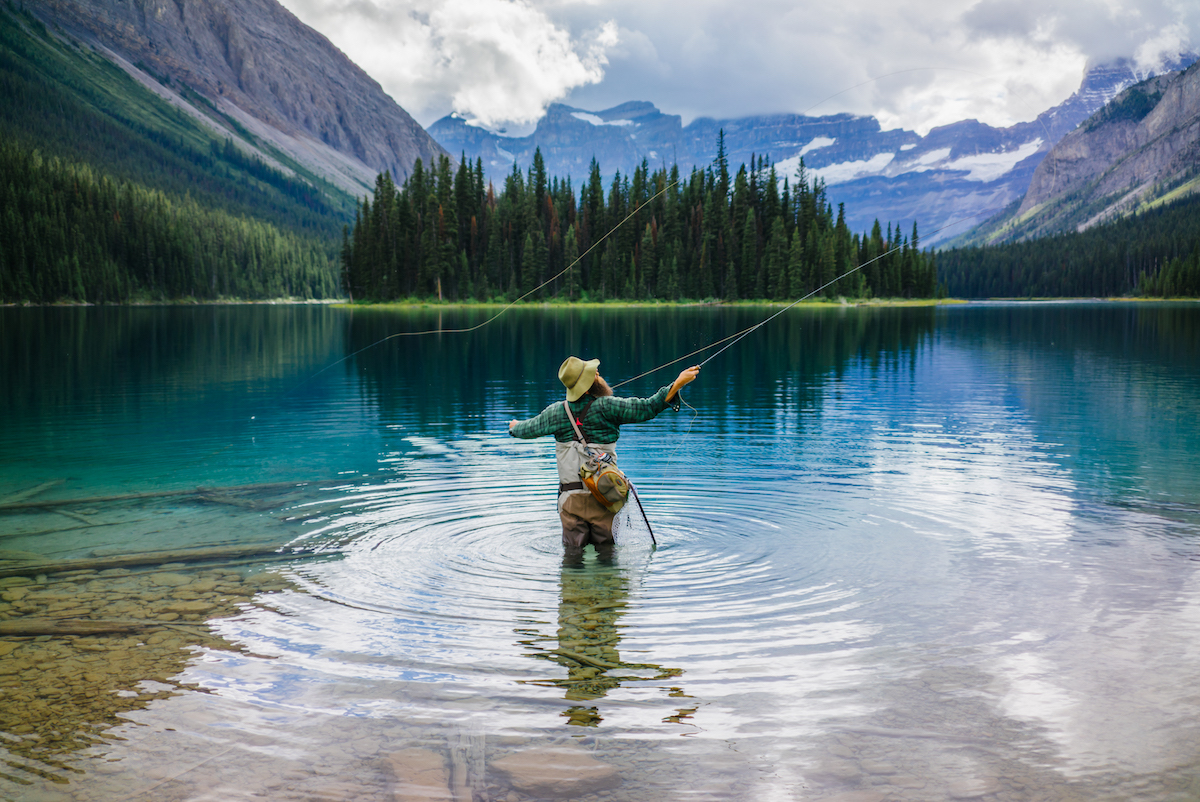 At this week’s NAB Show April 9 – 12, LaCie and Seagate are hosting a full lineup of award-winning creative pros who are ready to share their workflow tips. If you’re at NAB, join us for the COLLECTIVE Speaker Series at Booth SL9610. We’ll also be sharing stories and insights from some of our Speaker Series partners here on the blog. Today’s is from long-time LaCie partner Andy Best — enjoy!

As an adventure photographer, Andy Best doesn’t just believe in getting the right shot, but in helping to preserve whichever environment he finds himself in, ensuring that a thousand more photos can be taken after he’s moved on.

Fish and bird life are the barometers with which we measure the health of our planet’s ecosystems and sensitive natural habitats. With the help of expert fisherman Chad Kendrick, great friend and ecologist Charles Post, and geologist Davis McDonald, Andy and the team set out to locate three indicator species of a fresh water ecosystem – the American dipper bird, bull trout and pure-strain westslope cutthroat trout. Through the lens of these scientists and explorers, he set out to create a film, “Still Wild,” that touches on the conservation of these various endemic species, against the backdrop of the breathtaking and pristine region of the Canadian Rockies of Alberta. You can view “Still Wild” now on Andy’s web site.

From helicopter to horseback, the adventurer Andy and his like-minded crew set out on a once-in-a-lifetime adventure with the goal of sharing one simple idea: “Getting outside and experiencing our wild places reveals what we have and what there is to protect.”

Since the idea of the trip was conceived, Andy wanted “to get a bigger picture of what’s out there” in the name of conservation and stewardship. However, navigating the outback with a full editing suite in tow is no easy accomplishment. “Power, battery charging and backing up on the move” was a challenge, said Andy, particularly in the “rough terrain” and varied weather conditions.

In addition, due to the skittish nature of birds and fish, the crew had to regularly shoot from a distance, and capture the right shot without disturbing their immediate surroundings. These challenges require the latest technology including a cine-camera, a drone, and time-lapse gear, and as a result, produce hi-res, high-memory files which all need to be stored somewhere. Being in the outback also represents endless opportunities to capture nature at its finest, meaning plenty of images and footage were created over the course of the ten-day expedition.

The images captured were spectacular and highlighted the sheer scale and beauty of the surrounding areas. Ten LaCie Rugged drives allowed Andy to back up quickly and reliably on the move while not requiring regular charging of the drives. The Rugged drive is purpose built to withstand the elements and ensure that photographers get the results they’re looking for regardless of the environment and conditions. At the end of each day, Andy would also settle down in his mobile office, a camper van that was pulled by his truck throughout the adventure. Using his LaCie 6big, Andy was able to back up the whole day’s footage quickly and reliably, even when using an on-the-go power source. This allowed Andy a seamless workflow from shot capture, to editing, to finishing, with no downtime despite being exposed to the obvious challenges of his surroundings.

“Our ultimate ambition was to lead by example, showing what adventurers should look for and how they can leave a better trace when exploring the world. Technology allows us to ‘see the world through a different lens’ and has been invaluable in the process of creating this film. I often think that a modern creative professional without technology is like an artist without a paintbrush.” What began as a “passion project” for Andy from an artistic and ecological standpoint, then turned into something completely new upon learning his close friend, Chad Kendrick of Treeline Outdoors, had been diagnosed with Amyotrophic Lateral Sclerosis (ALS). The film started out as a conservation project and became a legacy piece for Chad’s love of the outdoors, raising money for ALS and painting a beautiful picture of what can be achieved when people, nature and technology come together.

Having submitted “Still Wild” to a selection of film festivals, Andy is looking to continue his adventures of preservation and “tell the important stories of the environment, and the people within it.” Creative professionals have the power to engage people to care more about the world they live in, and technology is one of the most powerful tools in helping to tell these stories.